Wreaths Across America at Arlington 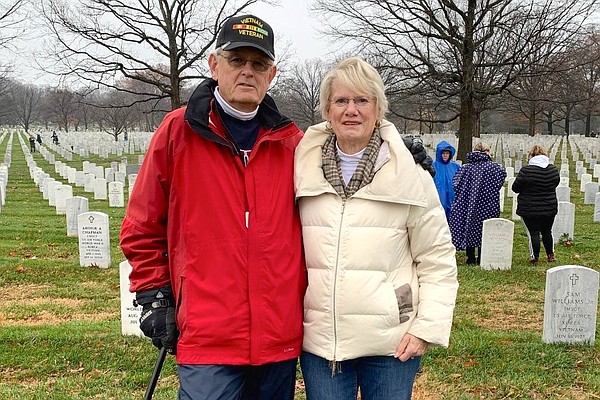 More than 38,000 volunteers from across the nation braved rainy skies to participate in Wreaths Across America Dec. 14 at Arlington National Cemetery, marking the 27th year for the annual ritual of placing wreaths at the headstones of America’s veterans.

With more than 254,000 wreaths donated by the Worcester Wreath Company of Harrington, Maine, and the Wreaths Across America nonprofit, each gravesite in Arlington was honored with a wreath, with ceremonies being held at the Tomb of the Unknowns and the gravesite of President John F. Kennedy.

Wreaths Across America Founder Morrill Worcester and the Worcester Wreath Company sent more than 700,000 wreaths to each state, where simultaneous wreath-laying ceremonies were held across the country.

In total, more than 2,158 locations in all 50 U.S. states, at sea and abroad participated in honoring 2.2 million of America’s veterans.