Building Community that Works for Everyone 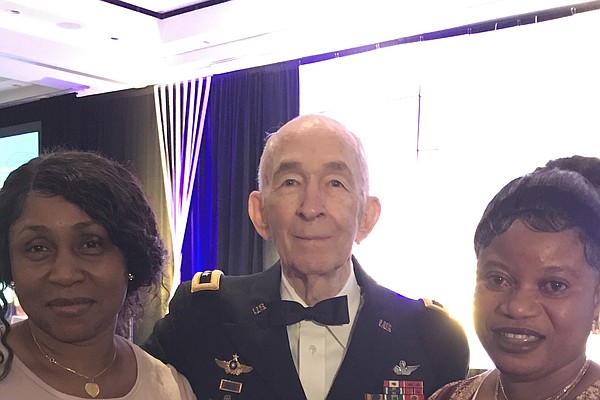 The Community Foundation for Northern Virginia held its 2019 Raise the Region Gala at the Hilton McLean Tysons Corner on Friday evening, Oct. 4. Organizers described the gala as a homecoming, an elegant, uplifting event that brought together business, community and philanthropic leaders to celebrate the Community Foundation and raise critical funds to support its work in the region.

Under the theme, Building a Community that Works for Everyone, 650 guests celebrated the charitable work of The Community Foundation and supported the organization's mission to respond to need; seed innovation, and lead and convene the community.

"This gala is so important to The Community Foundation. It is a mission-critical event,” said Tara Nadel, of The Community Foundation for Northern Virginia. “The gala is also an opportunity to celebrate this community in particular; the 650-plus guests who attend are only a small sample of the number of people it takes to build a community that works for everyone." The Foundation gala honored Major General Carl H. McNair Jr. (RET) with the 2019 Community Leadership Award for his lifetime of community leadership and public service.

ON STAGE, Honorary Chair, Ki Ho Kang, CEO of KIHOMAC, asked the crowd if they ever wondered if they made a difference. Turning to Major General McNair, who Eileen Ellsworth, President and CEO of the Community Foundation of Northern Virginia described as "one of the most generous local philanthropists Northern Virginia has ever seen," Kang said, "Sir, be assured you have made a lifetime of difference to your family, to your friends, to the United States Army, to your community, to your country and all of us."

McNair, who was awarded two Distinguished Service Medals, three awards of the Legion of Merit, four awards of the Distinguished Flying Cross, the Bronze Star with "V" devices (denotes bravery), among commendations. When he retired from the Army, McNair joined DynCorp.

Surrounded by family and friends seated at his banquet table, McNair sat ramrod straight, eyes focused forward. When he walked on stage, Kang presented him with the award, which McNair graciously accepted. However, in his remarks, McNair, the first Chief of the Army Aviation Branch, turned the spotlight off himself and onto others.

McNair spoke highly of the guests present; their unceasing generosity qualified once again, as seen during the evening's Live Auction and Stand Up and Pledge, led by Matt Quinn of Quinn's Galleries.

Guests flashed their bidding cards with flurries of multiple cards in the air, bidding against one another, raising bid after bid. In thirty minutes, Quinn broke last year's record by nearly $10,000, raising $57,500 to support the critical needs of the Northern Virginia community.

Not forgetting who did the work, McNair praised staff. "None of this would've been possible without the great and significant staff of The Foundation… What they do here is well beyond our imagination… I give a special thanks obviously to Eileen, Tara and all the staff for their work." Jokingly McNair added, "And I'm so grateful for somebody out there who had the gumption to at least nominate me to be this year's awardee...Eileen told me now I have to work for them every Saturday."

Viewpoints: Reflections on Gala and Foundation