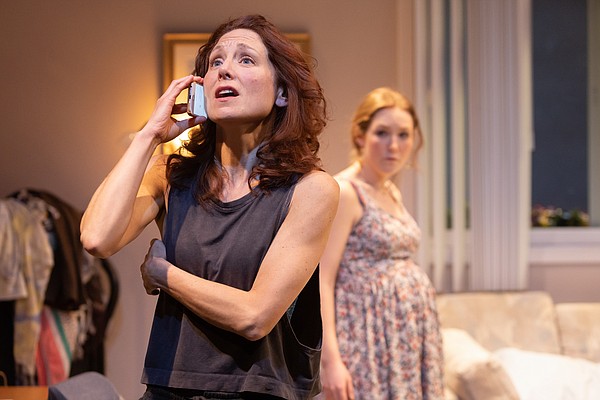 Arlington’s Signature Theatre, like other performing arts venues across the country, has been forced to temporarily close due to social distancing regulations amid the COVID-19 pandemic. In anticipation of this shutdown, a special taping was made of one of the final performances of the world premiere play “Easy Women Smoking Loose Cigarettes,” which is now available for digital streaming.

“When it became apparent that Signature Theatre would have to close for the safety of our patrons, staff and artists, we worked quickly to produce a professional three-camera video in hopes that we could release it to the world,” said Signature Theatre Managing Director Maggie Boland. “We have successfully worked with our union partners in order to provide a full-length video of Dani Stoller’s Easy Women Smoking Loose Cigarettes through our website.”

Ticket holders of cancelled performances will have access to the streaming video, with a limited number of streams available for sale to the public.

Current ticket holders have been sent a password protected link and those who wish to watch the production can purchase virtual tickets for $35 at SigTheatre.org. The production, which played to near sold-out audiences from Feb. 18 through March 13, will be available online until April 12.

Marian, the matriarch of a far-flung Jewish family, had happily settled into retirement life with her new husband Richard. However, when a pregnant niece, the troubled boy next door and a distressed daughter with a secret show up at her door, Marian’s empty nest ends up a little fuller than she imagined.