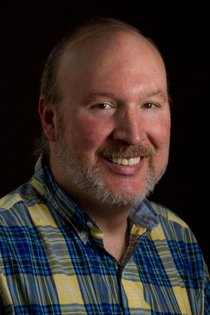 Steve Hibbard started working for The Connection Newspapers in 1987 when he was hired as news editor for the Springfield Connection. Through the years, he has been entertainment editor, features editor, copy editor, web master, county editor and writer. He is most known as the editor of Centre View newspaper, a position he held for 21 years. He is now entertainment editor for six of the Connection newspapers. Steve attended the University of Maryland at College Park where he majored in journalism.

“A Daughter’s a Daughter” in Arlington

Inspiring story of notorious outlaws who ruled the Wild West.

With a cast of 21, the Clue Club helps discover the true meaning of the season.

After 44 years since its Broadway debut, the show holds up really well.

Story of true love and acceptance between sisters Anna and Elsa.

Story of amiable chitchat with a side of apocalyptic horror in a British garden, perfect for the season.

Story revolves around Belle and the Beast, a prince under the spell of an enchantress.

Nine presidential assassins inspire each other to pull the trigger in this musical.

In musical, “Newsies” go on strike and fight for what’s right.